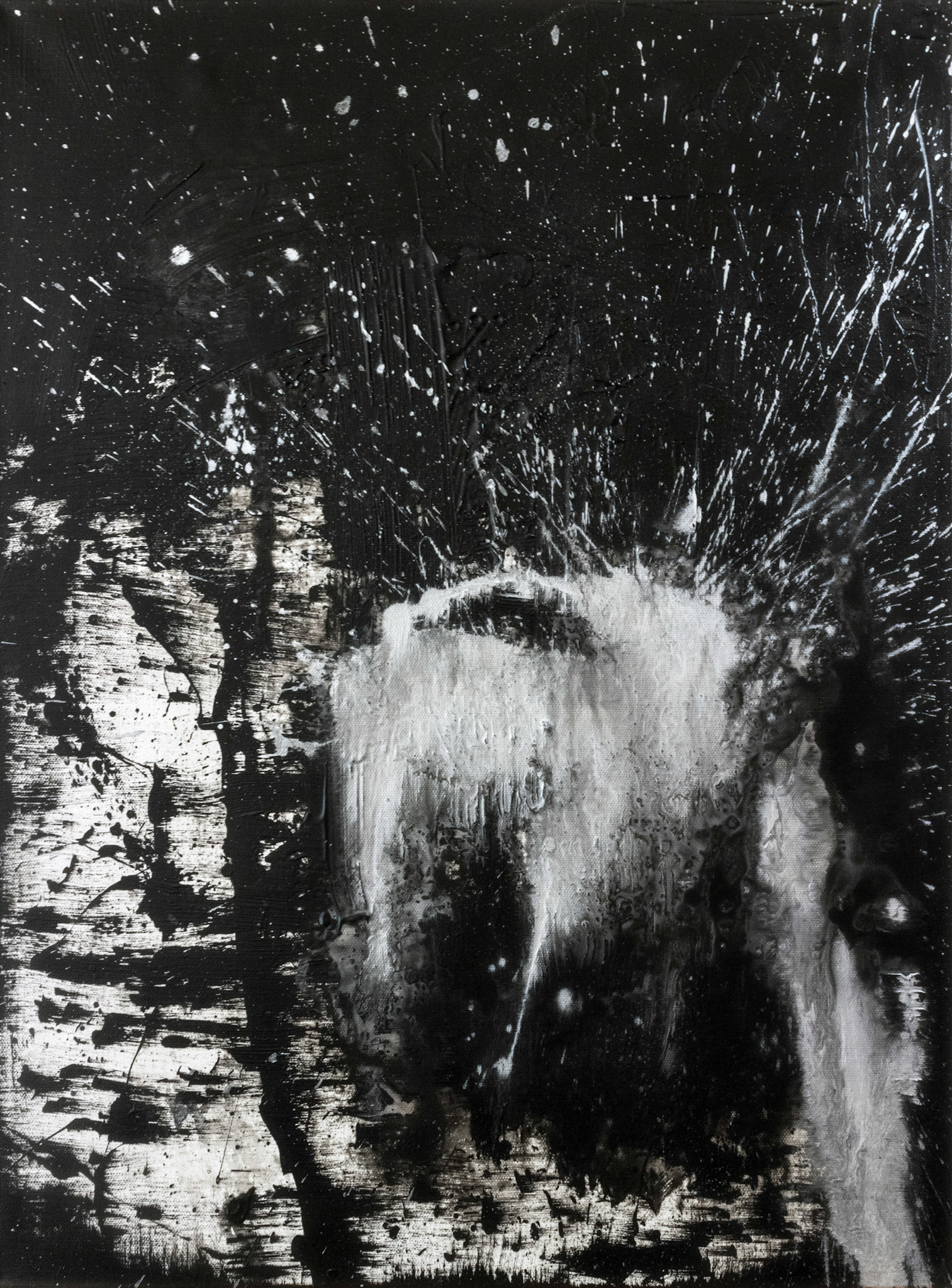 The Shadow
Acrylic and Chinese ink on canvas
2020
24 x 18 inches (61 x 46 cm)
‘The Shadow’ is based on the notion that there parts of our self we suppress which we suppress into our unconscious mind. Hidden from plain sight in our conscious mind, the shadow is a concept of Carl Jung's and can be understood as being a darker version of the Self in ourselves, which remain concealed in our unconscious mind.
Created as part of the series ‘Spring Is Here (But We Are Not), ‘The Shadow’ was executed as part of the artist’s investigation into the polarities of darkness and light, and how to depict this with paint. The need to traverse the full spectrum in order to find the middle ground between the polarities of black and white –– and of the meaning and experience of life,  is the central theme of these experimentations.
Our shadow consists of manifestations or characteristics of our personality that exist in our unconscious. This may include aspects of the Self  –– not one’s conscious self (personality) but Self as in a sense of one's whole being. Aspects of the Shadow include sides of us that we may not want others to see, versions of ourselves that we repress due to life circumstances such as artistic abilities, or for the very fact that it is not needed in at that very point in one's conscious life. ​​​​​​
While we all have dark aspects of our psyche, the shadow is however not always a negative thing, for there is great richness that springs from it. To acknowledge its existence and find out it's nature allows one to activate it in times where a harder approach is needed.
"One of the things I do with my studies and work with Jungian psychology is learning how to harness the Shadow from the unconscious to balance the conscious ego, and to be able to so-called, ‘summon the shadow’ in times of need."
However, just as light cannot exist without darkness and vice versa, we need to rebalance the psyche and send the shadow back to the unconscious after it becomes no longer needed. This involves performing symbolic personal ritual after one encounters a situation whereby the shadow is activated for whatever reason.
'The Shadow’ is a visual manifestation of the inner workings as a result of performance of this symbolic ritual involving the act of summoning and purging one’s shadow to and from the realms of the unconscious. In this painting, the shadow glows with a luminous pearlescent iridescent lustre, conferring it with both a numinous and ghost-like quality. It visualises the shadow as a divine yet haunting spectre as it makes its journey rising up from or descending back to the darkness of the unconscious. 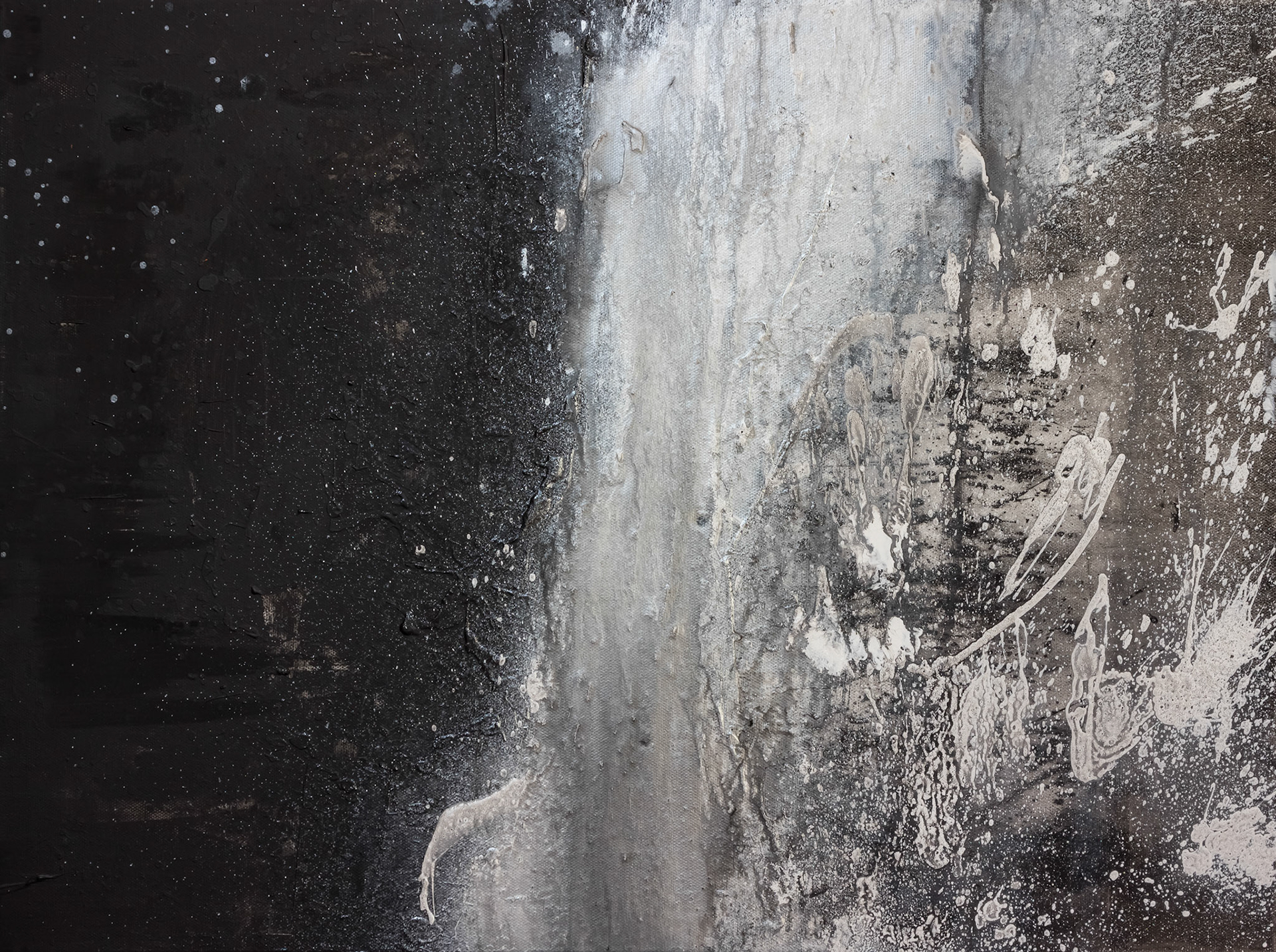 'Spliced'
Acrylic and India ink on canvas
2020
18 x 24 inches (46 x 61 cm)
The need to traverse the full spectrum in order to find the middle ground between black/white and darkness/light is the central feature of this work. 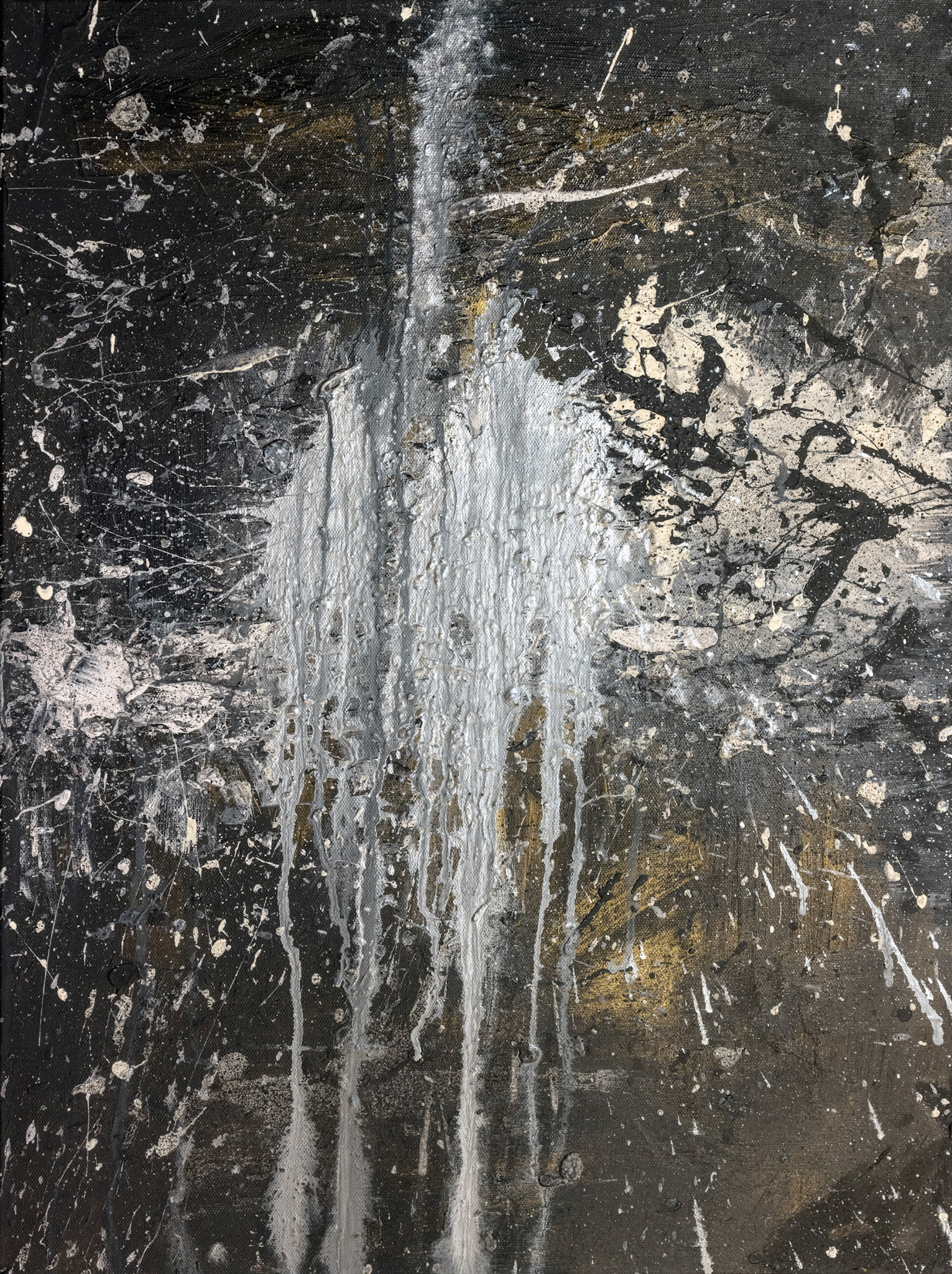 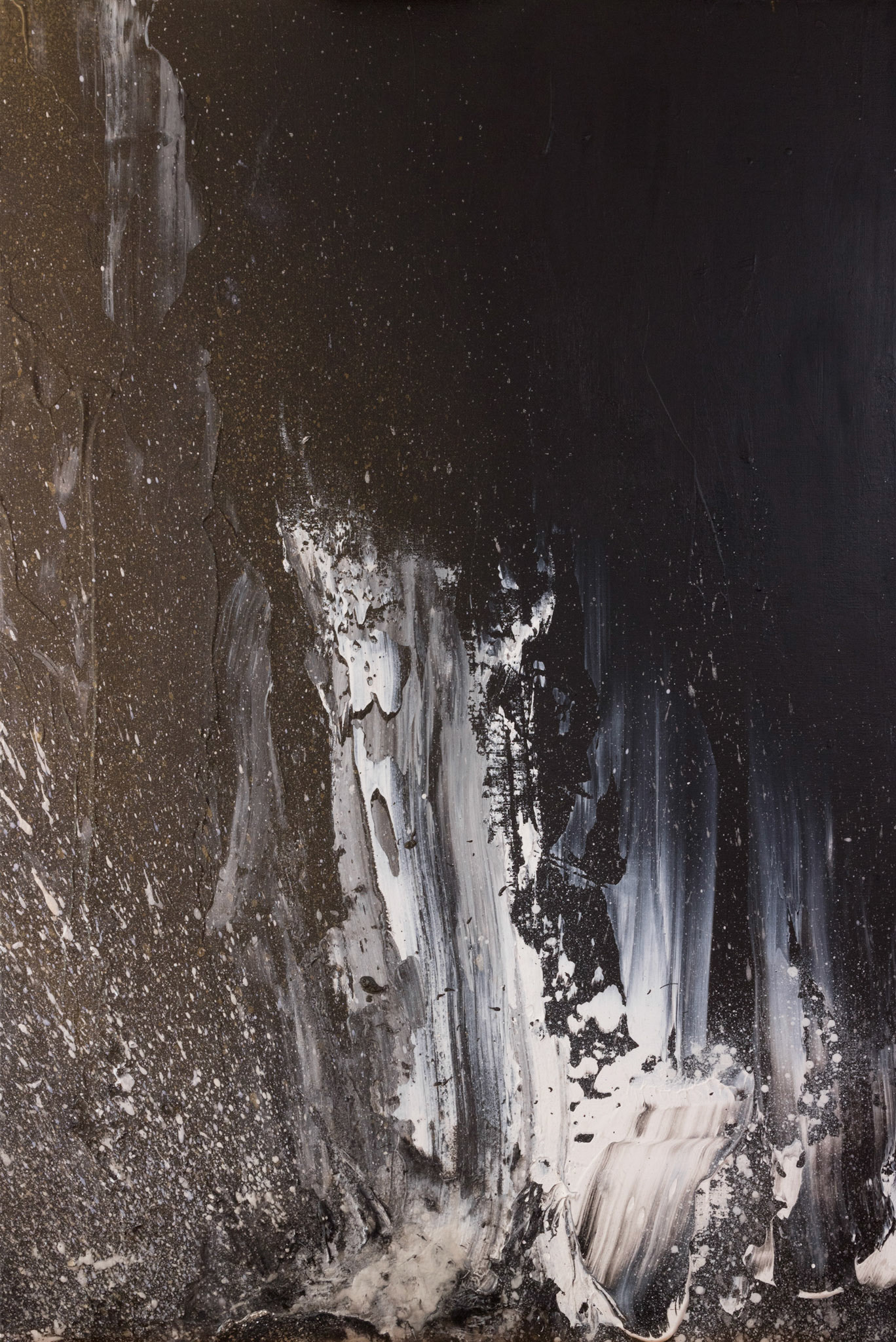